Delivering Excellence for Over 50 Years

ACI Cargo is a global logistics service provider since 1971 and a full non-
vessel operating cargo carrier (NVOCC) licensed by the USA Federal Maritime
Commission since 2000. We offer top-quality warehousing, transportation,
customs brokerage, and procurement services. And we are strategically
located all over the United States, Latin America, and China, with alliances
with forwarding agencies globally to provide integrated services from the
cargo’s origin to destination.

For over 50 years, we have provided our customers with best-in-class
personalized logistics solutions to help their business flourish. This type of
service is what allowed us to not only satisfy the needs of our clients but also
to exceed their expectations. We take the time to understand each client's
requirements and provide solutions that best meet their needs. 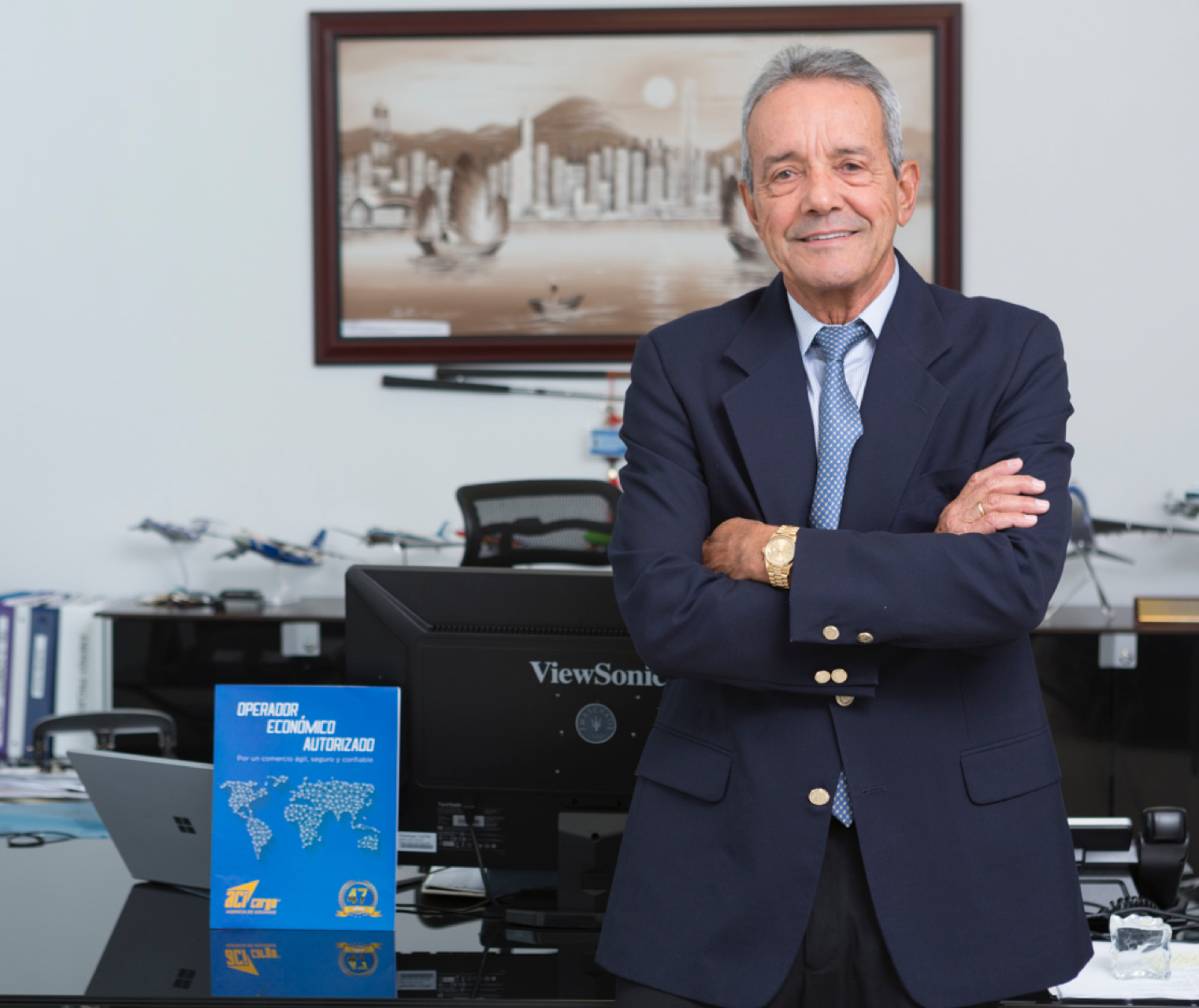 Values at our Core

Our values guide our actions and define who we are. ACI Cargo is committed to upholding these values and serving our customers around the globe with top-performing logistics solutions.

To us, our team and our clients are truly special. We appreciate every opportunity that comes our way, and we are grateful for every interaction we have from everyone.

Our goal to provide the best logistics services around the globe is driven by excellence and our passion to fulfill our customers’ needs.

ACI Cargo Inc., ACI Cargo Logistica S.A.S., and our worldwide network of agents stand as one entity who are aligned and committed to working towards one common goal.

We innovate to create strategic solutions for our clients that effectively solve their current and future logistics needs while remaining economical.

At ACI Cargo, we maintain an environment that is conducive to creating opportunities for growth, both personally and professionally, as an individual and as a firm.

ACI Cargo is committed to providing its clients around the globe with top-notch personalized logistics services. This has led to the completion of several successful projects. Here are some of them.

ACI Cargo transported via the Mississippi River, on a super jumbo hopper barge two 120 Tons transformer each, from Memphis, TN to the Port of Santa Marta, Colombia via Port of Houston, TX.

In order to make this project possible, ACI Cargo contracted large capacity cranes to load the transformers to modular trucks to do the inland transportation to the River port of Memphis, TN. To complete the logistics the jumpo hopper barge transported the transformers 800 miles by river to the port of Houston, TX; Then to destination Santa Marta, Colombia in an Intermarine line ship. Finally, after ACI Cargo clearing customs delivered the transformers door to Transelca plant 30 miles from the port.

ACI Cargo transported from Shanghai , China to the Port of Barranquilla in Colombia one heavy lift ( 181 tons gross weight ) stator for the new plant in Montelibano , Cordoba , Colombia. The inland transport requires a river barge from the ocean port to the jobsite ; some 280 kms. Then another 150 kms via a 17 axels modular truck. There are five bridges that were reinforced to permit the transit of a total 210 metric tons of freight.

ACI Cargo Logistics received the nomination from the Peruvian company name Gases del Pacifico S.A.C and its EPC contractor Grupo Cobra, for the transportation of 9 cryogenic tanks for storaging liquified natural gas ( LNG ) . Tanks were picked by Sinotrans the ACI Cargo partner agent in all China and transported via ocean freight from Shaghai Port to Callao Port in Peru via the BBC Maryland. With measurements of each tanks 25.30 x 6.25 x 6 .25 meters and weight of 60 tons; special extensible trucks were requested for transporting the tanks to loading port and for special port destination operations.

We, China United Engineering Corporation Limited (CUC), has enjoyed a rememberable experience with ACI Cargo during the execution of the EPC contracts for G 3.0 and G3.2 thermal power plants in Colombia. Acting as the agent for the cargo marine shipment and terrestrial transportation from the ports of China to the out-of-way project site in Cordoba, Colombia, ACI Cargo provided us with an excellent logistic services in customs clearance, cargo handling and transportation etc. for all the equipment and materials imported from China and other parts of the world. The total goods amounts to 150,000 tons in weight, with the largest cargos, such as generator stator and boiler steam drum weighing 240 tons and 184 tons respectively. By providing the logistic services to the leading Chinese MNCs, ACI Cargo has got acquainted with the business cultures and ritual of China, becoming truly an international logistic solution provider. 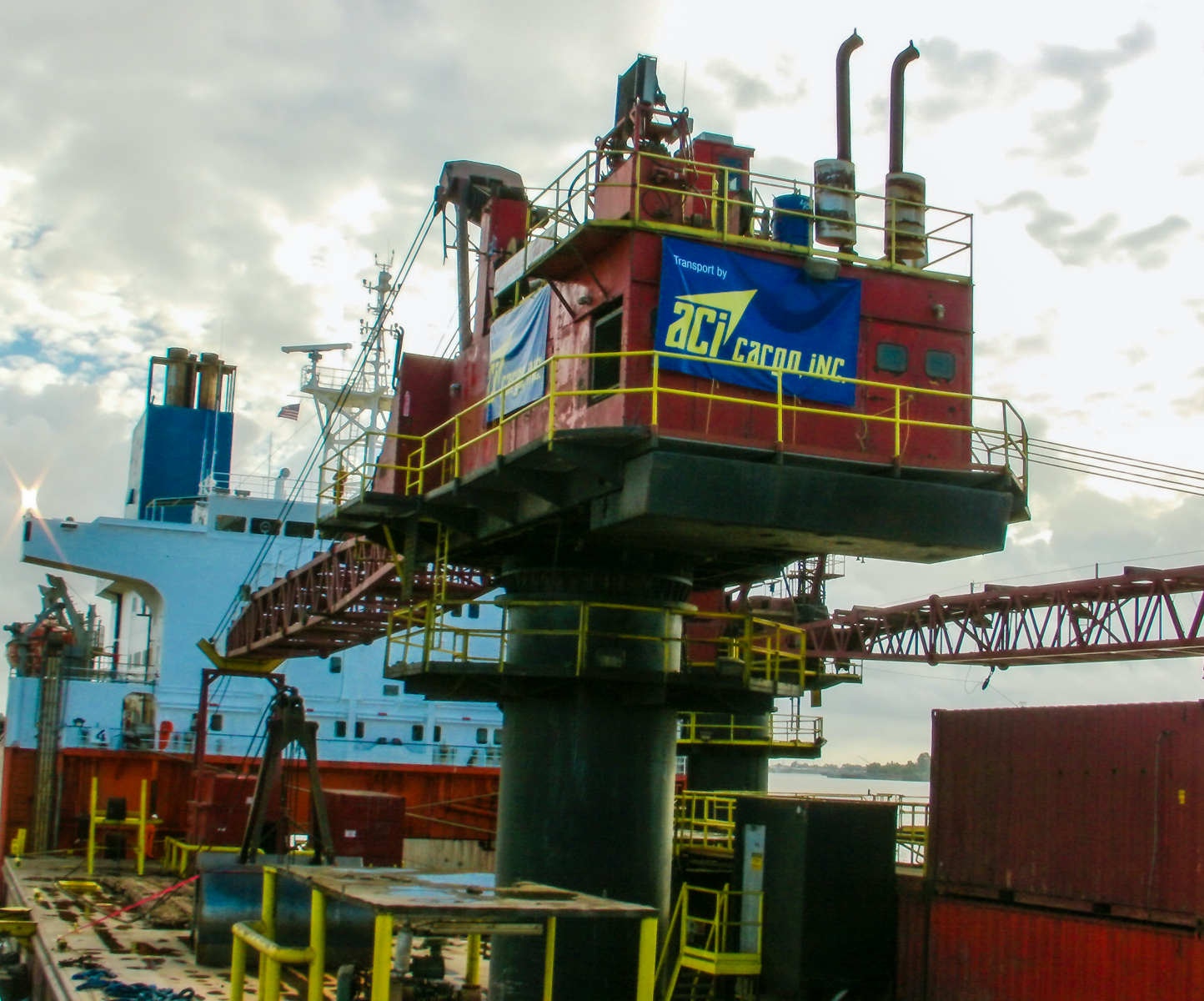 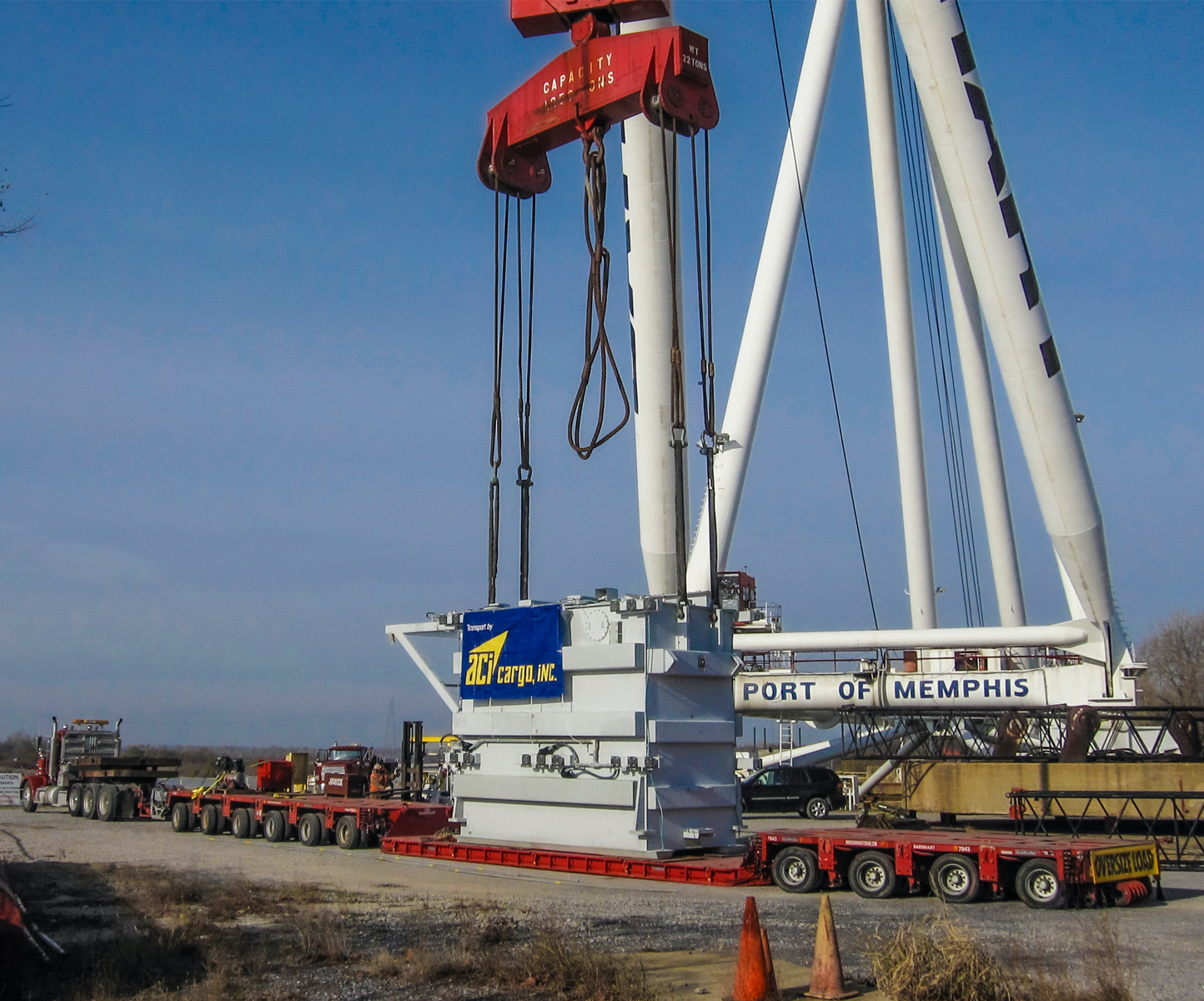 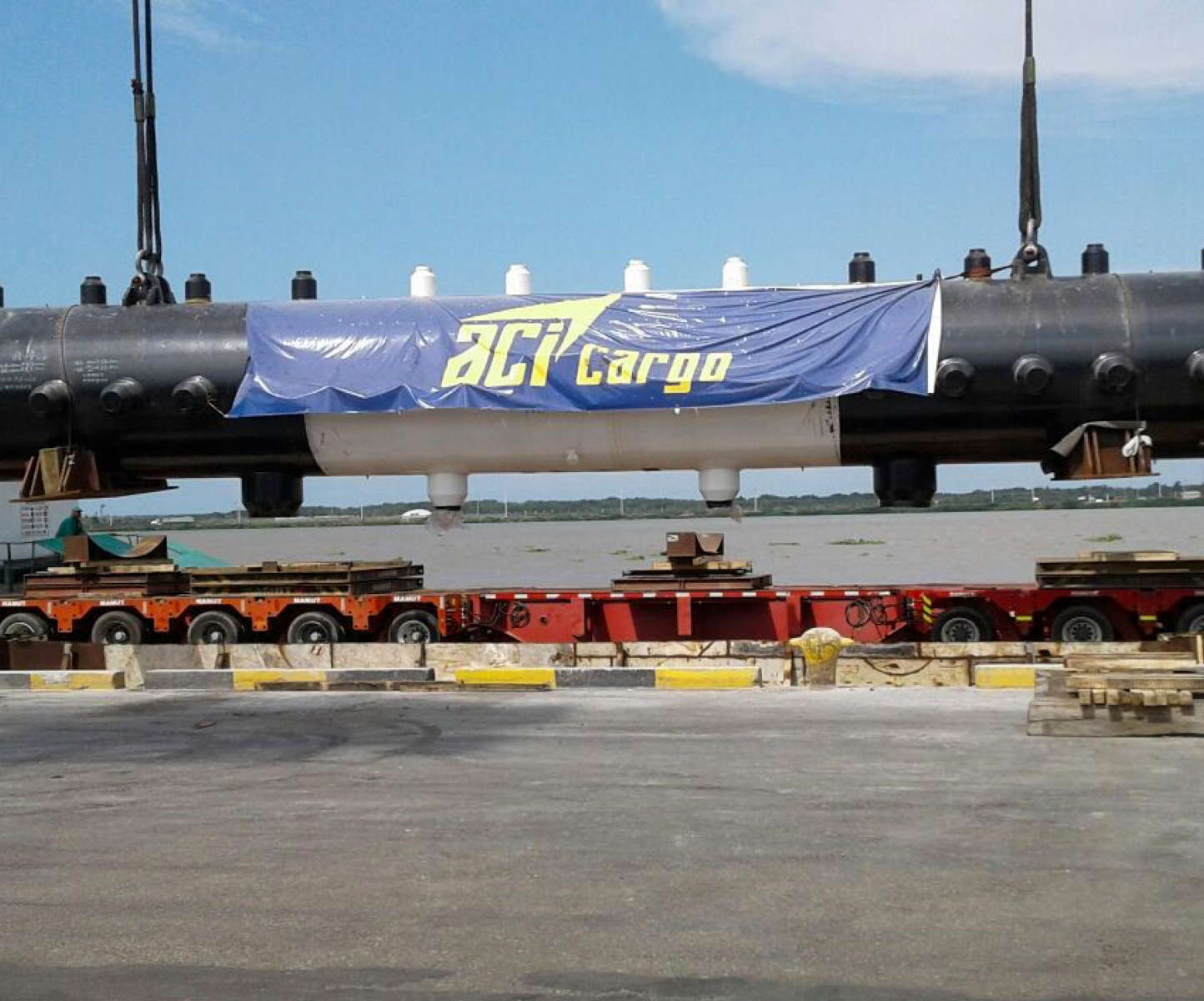 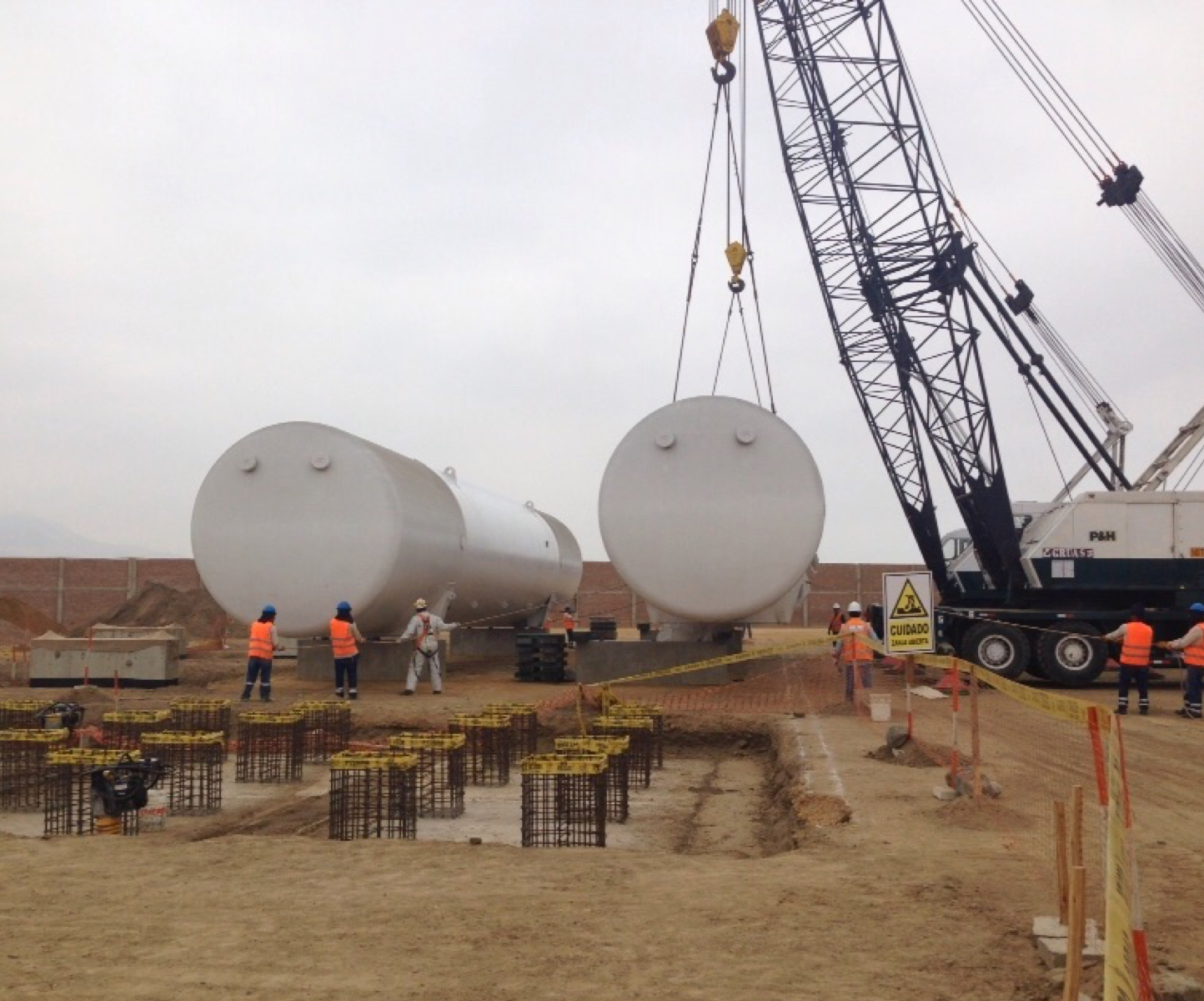 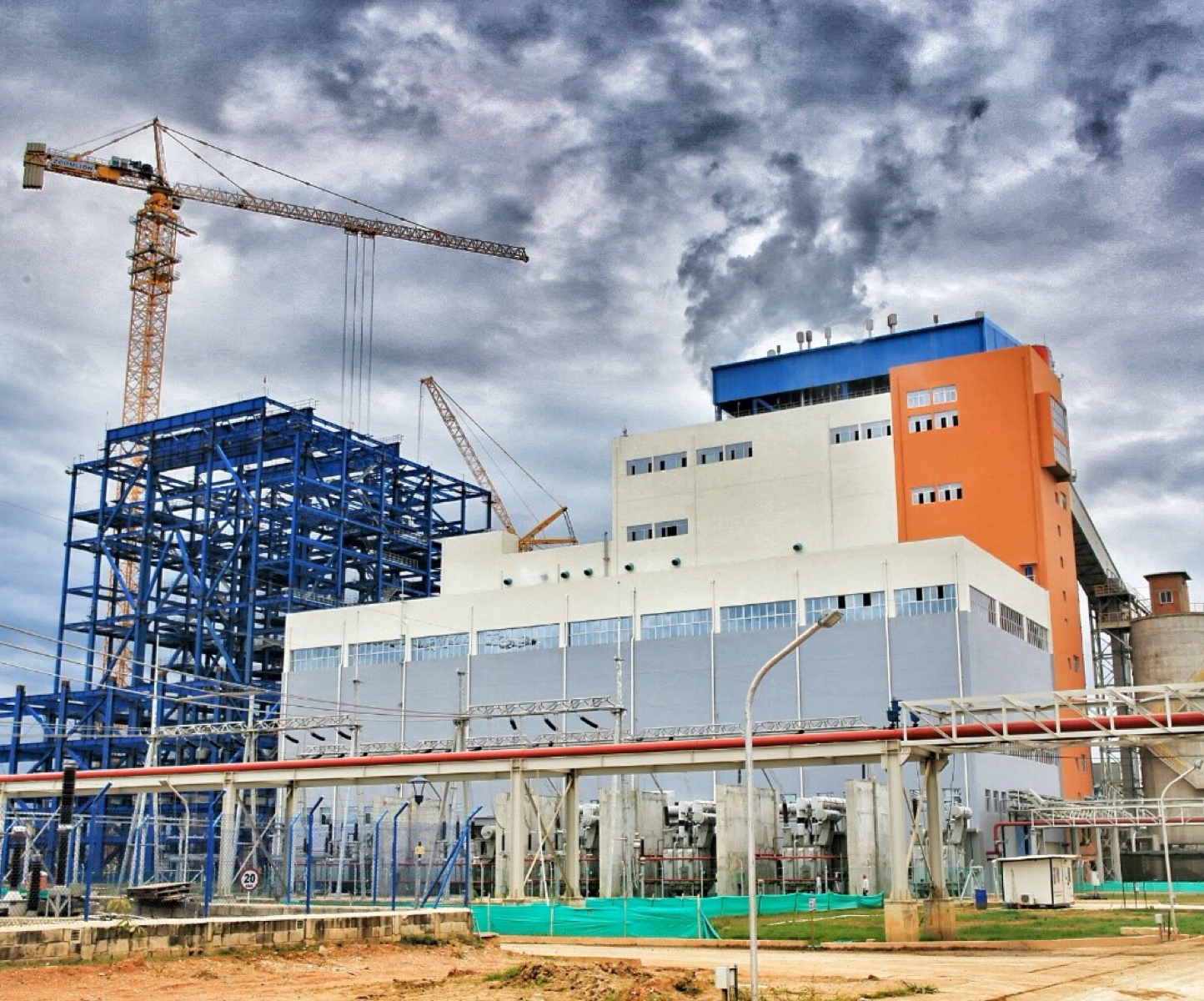 One Place for All Logistics
Documentation

Here is a collection of the process documents that you’ll come across throughout our engagement. We’ve heard these tend to be helpful — feel free to dig in.

Get to Know Us a Little More

Learn more about what we do behind the scenes. Here are some of ACI Cargo’s press releases and updates from our locations around the globe.

Customize your transportation needs with best rates and transit time:

We have developed the China Expressway project as the ultimate solution and we ourselves had proven the effectiveness of making the transit time faster and the cost cheaper by moving the cargo vis airfreight from airports in China to Los Angeles , Calf International Airport , then ACI Cargo transports under a U.S. Customs Bonded Transit Declaration and via inland to our Miami Airport ACI Cargo office .
Since Miami Airport is the Hub for all destinations in South America; ACI Cargo quickly can relocate our orders to any of the South/Central via cargo planes. We guarantee to our clients 8 days transit time from the date of departure at the airport in China to any of the destination’s airports in Colombia and most of all South American destinations at a tariff 60% cheaper that any direct or indirect airlines services.

ACI Cargo, Inc is proud to announce that we have relocated our warehouse to 1462 NW 82 Avenue in Doral, Florida 33126 with ample cargo capacity giving our customers the opportunity to store large quantities of freight.
We have the best equipment for the optimal handling of all kinds of merchandise, including rolling equipment ramp, metal racks, electric and gas forklifts for oversized cargo, US customs approved bonded area, owned trucks to handle general dangerous and non-nationalized cargo, 24/7 cameras and security system, all in order to give our customers the best and safest services.

For this last fourteen (14) years PRIME_TERMOFLORES has recognized ACI CARGO’s job and has entrusted us to carry out not only this operation but other similar ones with the same risk and scope, which has made us feel like their strategic partners for the reliable supply of an electrical energy service for the region and the country.
The coordination and integration of all the logistic process carried out by ACI CARGO allowed that all the operation that was developed: beginning with the hiring of the chartered ship and other contractors that supported the maneuvers, passing through the loading procedures at the departure port of Manzanillo (Panama), the maritime freight, crane unload at arriving dock and finalizing with the inland transportation to the platform of the transformer erection at site, spent a time of only three (3) days.